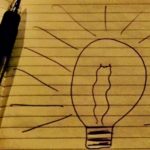 Last week I wrote about some of the benefits and some of the complexities of alone time.  Although I wrote about my feelings associated with aloneness last Saturday, my consideration about the topic began more than a few days before I actually sat down to write.  One crisp, cool morning last week, I drove my husband to the airport to catch a flight so that he could begin yet another sports related journey.

Historically, whenever he left to begin a new sports related journey, I would bid him well.  We would have somewhat of a plan about how and when we might reside in the same city again at some approximate time in the future.  In those situations, the occasional pity party was sparked by the frustration that I had the responsibility of shutting down the old living situation and developing a plan to establish my family and myself in a new city.  This time, however, the foundation of my pity party was the reality of loneliness and the real need to separate from my people and my things.  This time, the objective became how to purge the stuff we have been accommodating for years in order to allow me to fit comfortably into a new space.  I often speak about the fact that the process of resolving challenges is difficult yet necessary work.   This time, I found myself needing to dig deep into the stuff, sift through it, and do an accounting to determine why each thing that collectively equaled “my stuff” had value.

Spring cleaning was one thing, but this purging of the stuff had an eternal feel to it.  Do I sell it?  Do I donate it? Do I just toss it and ask why the thing ever made the move here in the first place?  Do my kids even care that I kept this thing that I believed memorialized a cool moment in their lives?  Will anyone remember this thing or look for it again?  And why did I have to make these decisions by myself?!  These questions and others led me into that spiral I wrote about last week.  Once in the spiral, I traveled through a gloomy place that could have ended in depression and more feelings of loneliness or abandonment.  I had to put the brakes on that trip and redirect before that road became my familiar.  With a quickness, I took a deep breath, went to a few yoga classes, and reached out to a couple of friends for encouragement about the benefits of this purge.  Suddenly, I began to embrace the need for cleansing, the need for healthy reflection, and the need for change.

So, when I left the airport that cool, crisp morning, I went straight to work, literally.  I decided that I could apply this resilient spirit to my life at work and to my life at home.  At home and at work, I was the designated leader in transitional moments.  I was called to lead so I had to lead.  There was no time for a pity party.  I needed a plan and I needed progress.

In my office, there were two very large whiteboards that captured many of my thoughts, the needs of my department, insights from students, visions of campus friends, and ongoing projects.  As I scanned the multicolored writings on the board, I realized that I was at a new crossroad in my life at home and in the life of my department.  Additionally, I knew that I had to own the fact that I stood in a position to choose the path I would take next in each area of my life.  The ability to choose empowered me.  I turned on some good music and brought life to the office.  Then, I began the task of reorganizing and reframing the life story of my department (and my life).

The process from pity to progress made me aware of how easy it was to indulge in negative talk and negative thinking.  The negative vibes caused me to forget or neglect the purpose, the potential, and the positive results of the life’s work of my department.  In an effort to remind myself and enlighten others about the greatness of my department, I titled one section of the board “We Did That!!!”  As the list of things we had accomplished as a department grew longer, I worked harder to think of other accomplishments to add to the list.  The pity party sucked the life out of dreaming and believing.  The accounting of the accomplishments countered the pity and made me grateful and hopeful about the future endeavors.

I couldn’t let that hopeful spirit just sit inside so I created a section called “Keep Hope Alive!!!”  This list contained all of the things on those whiteboards and in my head that would make the department better suited for service to the campus.  I listed wishes for personnel, space, furnishing, electronic support, and swag.  Bureaucratic processes and funding have the power to limit the purchasing and spending, but neither prevented me from dreaming.

Again, I was empowered by reflecting on what I called “The Blessings of Hope!!!”  This section included all of the things previously wished for by my staff that we received because we remained hopeful.  I also knew that we received these blessings because we didn’t just sit around talking and hoping for things.  We went to work.  We worked while we talked about the hope for things that would make our mission to serve more impactful, more efficient, more inviting, and more relevant to the population we serve.

I have spoken to many students and student groups over the years.  Most of them were surprised about my knowledge of things they believed nobody my age would know.  That hint of experience in their world made me and what I said relevant.  Relevance made my audiences attentive.  Hence, the audience members gave me permission to use my voice to speak to them and possibly influence their lives for the better.  This potential to influence the greatness within a young person gave me another reason to hit that pity party squarely between the eyes and force it out of my way.  That desire to be relevant and the humility that came when I received permission to speak to young people inspired the section of one of my whiteboards called “Student Insights.”  Students who have visited my office laugh about the things that other student have told me.  They have also chuckled when I have told them that some of their “secrets” were shared with me by campus police or University instructors.  At any rate, all who contributed to my list of insights did so to further the mission of positively impacting other people.

Whatever you are called to do, do that!  On your road to excellent, the pity party will likely visit you to discourage you to quit or doubt yourself, your plan, or both.  When it appears, acknowledge the presence of the pity party only for the purpose of locating the target that you must hit in order to clear your path to a successful execution of your plan and thus your mission.  Quickly, shut down the pity party and get on with the business of doing that thing that you were called to do.  The pity party just wastes valuable time and you don’t have time to waste.