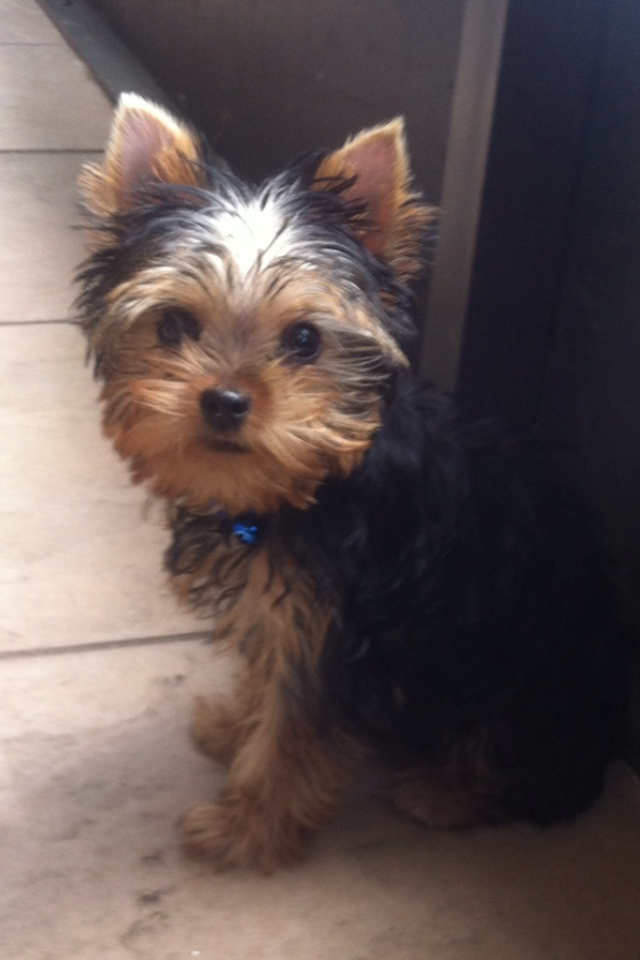 If this little dog could talk, I can only imagine the things he would say. For fifteen years my kids begged for a dog. Daddy, “Can we have a dog?” they would ask. The answer was always a resounding, “No, I don’t think so, not right now.” Well, two and a half years ago when one kid was about to begin her sophomore year of college and the other his sophomore year of high school my daughter asked again and my husband said nothing. “Huh?!” filled the thought bubble over my head. My next thought was “You have got to be kidding me.” My girl heard what I heard: the pregnant silence in the car after the age old question about a dog. Pure shock was the only emotion I had while she was beaming with anticipation and the possibility that his failure to say no meant yes. I suggested she follow up with how much he would let them spend on the dog to test him to see if he was really going to let them move forward or if he would back peddle into that dog free zone like we had seen him do in the past. After he maintained his position, she told her brother and the excitement escalated. Within the hour they found two dogs in the area that fit the requirements established by their dad and made contact with the owners. The next day they met our favorite pup and the love affair with Swaggy was born.

The only dog I ever had as a child was given to me by my grandmother because somebody dropped her off on the dirt road near my grandmother’s house. I don’t remember dogs living in the house when I was a kid except Toby, the poodle across the street. None of my neighbors had small dogs who rode in the car. I don’t remember a dog in my neighborhood having a wardrobe either. All of the dogs in my neighborhood were large breed, guard dog types. They had fierce names and you always prayed they were safely behind a fence or on a chain before you rode your bike by the houses where they lived or else you would be frantically riding that bike as fast as you could to avoid getting caught by King or Killer or Butch. When I walk through my old neighborhood I still think about that german shepherd that lived on the corner down the street from me.

Swaggy is our first family pet. He was about thirteen weeks old and about two and a half pounds when we brought him home. He was so small that he could fit in my son’s size twelve shoe. He could sleep in the bed intended for a stuffed animal one of the kids owned. We had to put a cat collar on him because all of the dog collars were too big and we needed the bell so that we could keep up with him. He was and is the cutest yorkie on the planet and he knows it!

I never thought I could learn anything from a dog, but Swaggy has become a teacher. Swaggy has taught us the following lessons:

1. Walk with confidence and believe that you are a champion. When people see him they comment on his posture and his stride. He walks with purpose and his head held high. He’s friendly, but knows that he’s a show stopper. We have his groomer to thank for helping us keeping this champion looking the part.

2. Leave the mess outside. Well, I like to think that is self explanatory. In short, just work to make your inside space calm and mess free. The ability to do this on the regular takes practice much like training Swaggy to leave his mess outside and not in some secret corner of the house. His celebration includes some verbal praise and a treat. When you notice that you are consistently keeping your house free of the mess you should celebrate too.

3. Ignore the stupid stuff. Sometimes when we are walking we encounter other dogs who get really worked up barking and lunging in Swaggy’s direction. You would think that he would reply with similar behaviors, but he looks straight ahead or he looks at them like they are really out of their minds then turns and struts off focused on his enjoyment of the outdoors. Like Swaggy, we should just learn the value of silence in situation where someone has difficulty controlling their mouths or their actions. My mama used to say somebody has to take the high road. That advice is great advice, but not always easy to execute. I can only hope that I can be cool, calm, and collected like by boy Swaggy when the crazy rises up around me.

4. Stop and smell the flowers. My dog, Swaggy, loves flowers. I have never seen a dog stop and smell flowers. One would think he is selecting flowers for a garden or floral arrangement. He gets so distracted on our walks by the plants and flowers along the route. Good for him for being able to really inhale the fragrances of the terrain. I often comment on how my feelings about the outdoors fluctuates from thoughts of the beauty of it all to dread because is seems so brown and lifeless. Every day this little dog goes out to walk he finds something beautiful and deserving of his attention and admiration.

5. Never bite the hand that feeds you. Swaggy loves us and he has figured out who supplies his particular needs. He knows that his boy will play with him and teach him tricks. He knows that his girl will cuddle him, take him for rides in the car, and slip him a taste of her food. Swaggy looks forward to

the big guy coming home because the big guy has a soft heart and will give him more treats than he is supposed to have. And then there’s mama who does it all for him. I feed him, walk him, and boil chicken for his special treat moments. I take him for rides and have conversations with him that I am certain he can understand. Haha! Unlike Swaggy, we don’t always appreciate the roles of our loved ones. He has figured out that his life can be whole and complete if he trusts each person in the family to do just what he knows they have proven they can be trusted to do. 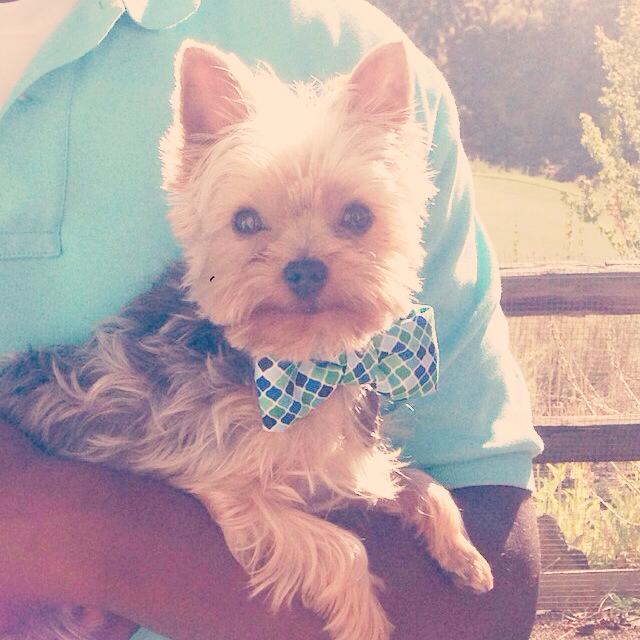 4 thoughts on “Swaggy The Great!”