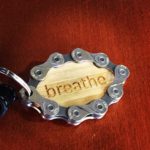 Last week proved to be a long week and the week coming will likely be a version of the last.  I decided that a  laugh might help us all.  Sharing my experiences related to me getting sidetracked and forgetting things also will normalize my behaviors.  Hopefully, you will feel more “normal” too.

Just saying out loud that becoming “normal” is a goal made me think about the spectrum that defines “normal.”  The boundaries of the spectrum are somehow mysteriously established by the folks in the given community.  Meeting the standard for normal has always seemed pretty subjective.  As I reflect, I came to think that there has been an internal gauge or communal checklist to determine normalcy.  In some communities, the standard has been near perfection or some unrealistic expectation that other folks believe they are meeting.  In other settings, the standard has been described as fitting in or a natural connection.  I have failed at being perfect which has been the reason that many young people find me relatable.  I have failed at hiding my imperfections because I generally talk about them and ask people to fill the gaps for me.  For these reasons, I find that I don’t always “fit” into the established spectrum of “normal.”  I have also been told that visionaries and artist often fall somewhere outside of the lines of what others see as “normal,” but that is a discussion for another day.  I have learned that my transparency has connected me to young people who appreciate grown folks being less pretentious and judgmental which benefits me in my work.  In addition to talking about my shortcomings, I laugh and shake my head at myself when I behave like an absent-minded professor, forget things, lose things in plain site and absolutely just act “normal.”

Remembering that you are “normal” humbles the spirit and makes other “normal” people appreciate you.  This tale of my lost keys definitely made my staff believe I was human and it may go down in history as one of my funniest self-induce challenges.  So, here goes.

My supervisor arranged for he and I to present at late afternoon orientation sessions this summer.  By the time the sessions ended and all of the parent questions answered, it would be five o’clock and my office would be closed.  It was common for at least one thoughtful person in the office (who remains on my list of needed handlers) to send me a text to say everyone was gone.  She wanted me to know that she was the last to leave.  She also wanted to know if I had my keys for the office.  In addition, she wrote in the text that she would be headed to her car, but she would come back to the office to open the door if I didn’t have my keys.  I replied that I would stop and check my purse for the office keys and let her know.  As I approached the office building, I stopped and propped my purse on the back of a bench and starting digging through pockets and rearranging things in search of the keys.  About that time, my friend and handler called.  With stress, frustration, and confusion in my voice, I told her that I couldn’t find them, but I thought that I could get into the building since the cleaning crew was on site.

I walked up to the building and looked into the glass door on the north side of the building.  I saw the after hours cleaning crew standing in the hallway.  I knocked, a nice gentleman smile in recognition of my face and he let me into the building.  I told him that I couldn’t find my keys so he escorted me downstairs and unlocked my office door for me.  I was grateful, but still concerned.  Once I got into my office, it was clear that my keys were nowhere to be found.  My keys were on a keyring that said “Breathe” to remind me to breathe because I sometimes forget to breathe.  My colleague showed up, as promised, and began the mental exercise of walking me through all of the possible places I might have left the keys.  I told her that I had already called the student union to ask the students to search the two rooms in which I gave presentations.  I also sent a text to the orientation staff asking them to check their lost and found.  I had no luck.

So, we unpacked my purse. We looked through the desk drawers.  We went into the file room, the building kitchen, the bathroom, and other offices in my department.  No luck.  My colleague had done her good deed and needed to hurry off to an evening meeting.  So, she left and I sat sighing and worrying that my keys had been stolen or that they were playing a not-so-funny game of hide and seek.  It was now about six o’clock and I was fixated on the missing keys.  I was not checking in with anyone and honestly not concerned about anything else at that moment.

My cell phone rang.  It was my husband calling to see if I was ready to leave campus.  He dropped me off at work that morning so he knew that I needed a ride home.  I told him about the mystery of the lost keys that had become my challenge.  He sensed the concern in my voice and said that he was on his way to pick me up (and help me find the keys).  When he arrived, he not only heard the concern in my voice, but he could see the concern on my face.  He began to unpack my purse.  Finding nothing, he walked through the office and the floor.  In the meantime, I sent a text message to my supervisor saying that I needed to speak to him.  I finally decided that I would have to call him and let him know that I lost my keys.  It was awful.  I was supposed to be very responsible.  And at that moment, I felt very responsible for the building and all of the items within the building.  How could I say out loud that I misplaced my keys?  Well, I was the leader so I had to own my stuff so I sent the dreaded text message to my supervisor.  I had done everything short of put out an all points bulletin with the university police to find the stupid keys so I had to give notice and start figuring out the security plan.

When my husband completed his walk through he said, “This doesn’t make sense, you never leave your keys anywhere.” I replied, “Yeah, I know.  This is weird.  I’m gonna have to spend the night in this building to protect everybody’s things until I figure out where I left my keys.”  He wanted to leave, get some dinner, and then return for another walk through. I resisted and declined.  He asked me to tell him exactly where I was and what I was doing when I last saw the keys.  I was pretty sure that had already gone through that mental exercise with my friend and handler earlier, but I thought what do I have to lose repeating that process.  Since I remembered using the keys to open the office door early afternoon, he said start there and see where that takes you.

I went to the door and stood there as if I just came in from the meeting across the lake.  Next, I walked to my office desk to put down my bag and grab a folder with documents that I had to sign and deliver upstairs.  I remembered that I needed to stop in the restroom quickly before going to drop off the folder so I walked through the floor looking around at the floor and desk tops as I headed toward the restroom.  I took a few steps into the restroom before turning around to head of the restroom and upstairs to complete my search.  While I was pivoting to turn and exit the restroom, I realized that I had to put the keys someplace to wash my hands because I had no pockets.  Well, I didn’t have “normal” pockets so I remembered my moment of innovation.  I reached to the one “pocket” that never fails – my bra.

I almost wet my pants laughing at myself.  I imagined the responses I would get from the search team if I ever told them the truth about where I put the keys for safekeeping.  I almost didn’t want to walk back into my office.  There was no way I could not tell at least two people the truth because they invested so much in the search.  I also knew they wouldn’t believe the keys just appeared in my hand.

I told my husband first and the “I told you so” followed the laughter and chuckles.  He also had all sorts of random jokey comments.  I sent text messages asking those who were searching to stand down.  I sent a text to my supervisor to disregard my previous text.  I also had to send an email to my staff because I emailed all of them asking if anyone had seen my keys.  My email stating that I successfully found my keys said something like “don’t you love it when you hide things in a safe place and can’t find them.”  While I didn’t share with the entire staff how ridiculous and comical of a moment I was experiencing, I had to tell my colleague and handler.  I sent her a couple of text messages.  The first warned her not to laugh out loud in her meeting after reading the next text I would send.  I told her that I found my keys.  Then, I told her where I found them.  The bitmoji’s started coming from her and kept coming.  She and my husband were laughing and giving me grief up until I left the office and during the entire car ride home.  He was talking and laughing.  She was texting and laughing.  Even when she stopped texting, I figured she was still laughing.  I considered how I would avoid discussions about those dang keys so that I wouldn’t have to tell anyone my story.  Well, the story has since been shared a number of times and the deep belly laughs have been a consistent theme.  I hope you got a laugh too.

You may not be able to relate to this story directly, but you may have some other crazy situation you need to normalize.  Have you ever looked for your phone only to find that you are holding it and maybe talking on the phone telling someone how you can’t find the phone?  Have you ever put something in a safe place so that you won’t forget where it is when you need it, then frustrate yourself looking for it?  Have you ever had to think like the toddler in your house to figure out where the kid might have put your keys?  I have done all of those things and you probably have done some version of those things too.  If not, keep living.  If so, good for you for being imperfectly normal!  I hope you will laugh at yourself and share your funny story with me too.