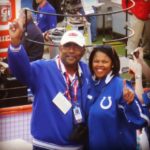 Change seems to be the only constant in my life.  Maybe change has always been a constant, but it usually happens so fluidly that I rarely notice it.  Change is necessary to prevent monotony and boredom with life.  Change keeps me aware that I am alive.  Change exists on a sliding scale like a spectrum of color.  Most of the time, I transition smoothly along the spectrum.  However, there are times when the change feels layered within the boundaries of the spectrum like the chords being manipulated by the fingertips of a guitarist.  When I hear colors from the distant ends of the range, my senses are jolted by a foreign sound caused by the figurative palm of the guitarist on the body of the guitar.  That thump, or slap, on the wooden body of the guitar changes the melody with a solid reverberating beat.

As I reflect on my brother’s recent death, I sit with the jolt of change.  His death brings to life the color of sadness that abuts the color of pain on the far right side of spectrum.  His death makes me wonder if I will ever again hear the blended chords of excitement and joy from the far left side.  Whenever I find myself at either endpoint of the spectrum, the other seems far away.  I don’t even hear a hint of sound from one when I’m listening to the other.  The abrupt thump of his death instantly changed the cadence of my day and the melody of my life.  How can the band play without a beat? Can we compose a movement without beats to give depth and strength to the piece? Until recently, I didn’t have to imagine life without his sounds.  I had only known life with him as a constant beat to urge me forward.

My brother set a standard of excellence in his life, personally and professionally, that made his name synonymous with music itself.  I never spoke of or listened to music without having thoughts of him.  I admired him for knowing that the way in which he chose to use of his gift had the ability to give more power to the music.  He respected the power of the music to influence internal and social change.  He honored the power of the music to invoke any number of emotions and responses.  As a result, he thoughtfully crafted musical arrangements that would meet the needs of his audiences.  He would often ask me to seek the advice of my children about the latest, hippest tunes.  He wanted his bands to be relevant, spirited, well-rehearsed, and technically accurate whenever they performed.  He was concerned about the “young folks” remaining engaged at sporting events.  He was also concerned about his students preparing themselves well to be successful in their endeavors beyond the band.

His former students created a social media page in his honor to encourage him in his end of life fight.  The messages clearly demonstrate how much he meant to so many.  The former students posted comments stating that he changed their lives for the better and that they always knew that he cared about them and that he used music to teach them about life.  He taught them that taking chances had the ability to enhance their lives when he forced them to learn about all genres of music.  Through his anecdotal stories, his student saw transparency that made them trust him and respect his gift and the music.  I loved that the list of things that spoke about his integrity, his character, and his compassionate spirit did not end with him.  He lived life with his heart on the outside of his body.  His heart provided a strong, steady beat for a lot of people.  His heart beat, like a metronome, lived in the shadows of many lives influencing the movements of their lives.

I saw his heart every time I saw him or spoke to him.  Selfishly, I saw a place carved out in his heart and preserved just for me.  Interestingly, all who experienced him believed they too had a special place in his heart.  Well, we were all right.  As the world made room for his gift, his heart made room for all of us.  His heart beat ended but the music yet plays in our memories of time spent with him.  Each person who owned a piece of his heart territory cherished a testimony about our beloved Butch.  Each person held tight to a story about how he taught them life lessons.  In his role as a musician and director, he modeled passion, compassion, hard work, resilience in the face of challenges, and attention to details.  Music carried his soulfulness into the minds and hearts of so many people.  His passion and his visions of excellence for himself and others meant understanding that showing up on time was a necessary step in accomplishing any goal.  He would say, “If you’re early you’re on time.  If you’re on time, you’re late!”  He also had an unforgettable call and response engrained in the minds of his students that reminded them that consistent and repetitive preparation and follow through were keys to success:

“There are no shortcuts to success! Repeat!”

Butch, I love you and miss you.  The Heavens are rejoicing because the music just got really good because you are there! You fought a good fight! Now, rest well, good and faithful servant.