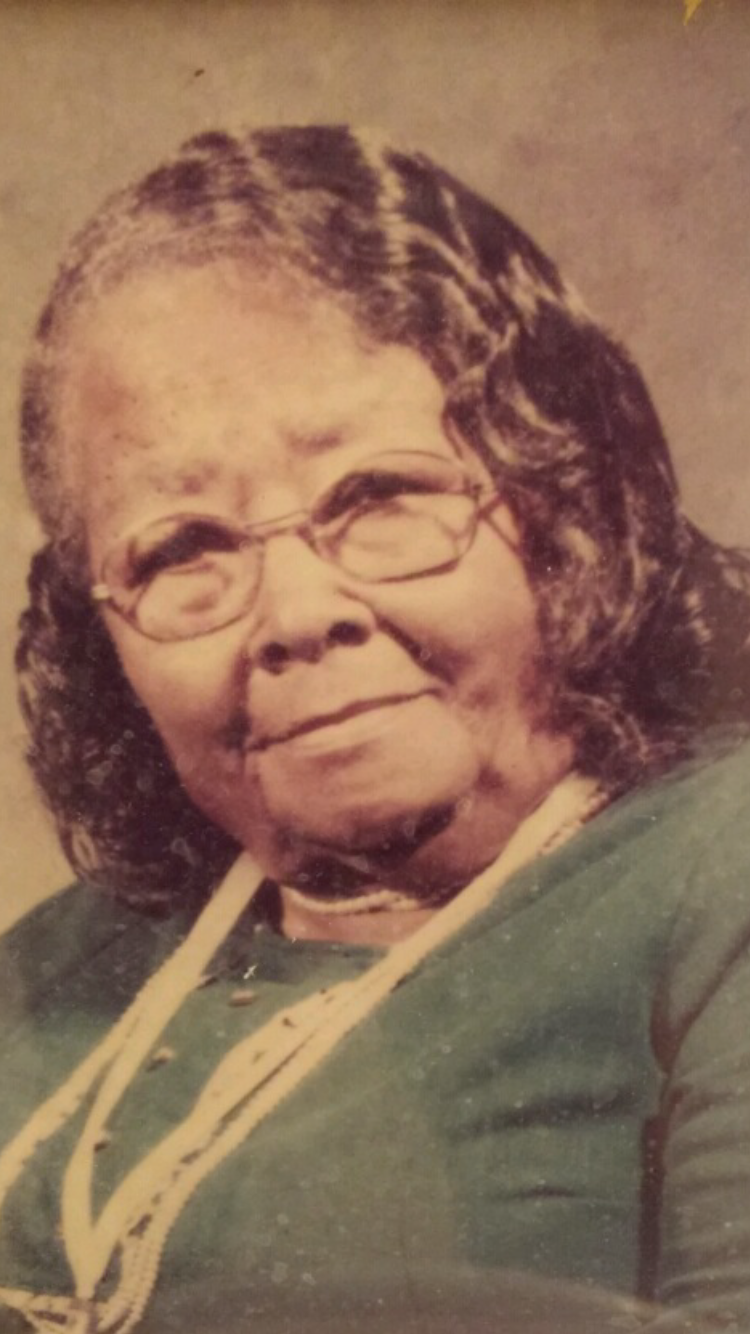 Yesterday, I went to do a little self-care at a local nail salon.  The young woman who checked me in was so courteous.  She was so hospitable that I took notice of her and I paid close attention to how she interacted with other folks in the salon.  Her grace and kindness came as easy to her as the “Yes Ma’am’s” she coupled with her smiles.  After observing and praising her in my head, I asked the nail technicians in earshot, “Where’s she from?”  I was not surprised when they replied, “Um, somewhere in the South.”

I couldn’t say that everybody from the south addressed folks with a handle, or title, but I was reminded of my paternal grandmother, Big Mama, who demanded that the answer to any questions she asked of a child end with “Yes Ma’am,” “No Ma’am,” “Yessum,” or “No’um.”  There was no exception to that rule and I haven’t been able to think of one child who dared not follow her directive.  The young technicians in the shop became interested in the southern practices because the young woman and I had a few similar experiences.  One of them asked what would have happened if I had chosen to address Big Mama without a “Yes Ma’am” or similar phrase.  I laughed and said, “I have no idea.” I don’t think any child was brave enough to ignore her “request.”  It would have been interpreted as disrespect.   So, I proceeded to tell them about Big Mama.

Big Mama’s real name was Ora Lee.  She was a “pleasantly plump” woman who was closer to short than she was to tall.  Her flat forehead and long, straight dark hair spoke of her blended heritage.  Big Mama said she was Black and Native American.  I had no reason to doubt her because she believed in the power of the things born from the earth and she devoted her life to healing people through the spiritual compass within her.  She believed in becoming one with the land and listening for the voice of the Lord.  Little was known about her past because she hid that part of her someplace and she kept that place securely locked.  However, she overcame her sorted past and gained wisdom on that journey.  Her journey fortified her to stand as the matriarch for our family and the community.  I wish I could remember all of the home remedies and wives’ tales Big Mama practiced.  Yesterday, I laughed as I recalled a few memories of time spent with Big Mama.

Big Mama took seriously the Biblical directive to walk around Jericho to demonstrate the power of the Holy Spirit.  Big Mama once ran circles around a church congregation to seal them in the Spirit.  Nobody said she was speaking in tongues, but I am pretty sure there were words coming out of her mouth as she ran laps around the sanctuary “covering” the place with the Spirit.  I wrote a blog about that special moment at a church in Montgomery in a post entitled “Spirit Filled.” (See http://wp.me/p6L8u0-5W ) That story made me laugh then and I laughed yesterday while telling it.  Big Mama caught those folks off guard and their response was priceless.

There was another time when Big Mama came to our house and Mama started talking about the garden in the backyard.  Mama usually grew tomatoes, cucumbers, bell pepper, and okra.  That year, the okra crop must have been lagging behind the growth of the other crops if Mama was concerned.  Big Mama, a strict disciplinarian, heard Mama’s concern and offered a solution.  Big Mama was so strict that she told me that I would be committing a sin if I played a game that required cards or dice.  So, no card games and no board games with dice when Big Mama was around.  She also stressed that secular music was of the devil so you dared to play any music other than a church tune when Big Mama was present.  Big Mama had a strict interpretation of Biblical principals.  She expected people and things to obey her.  She interpreted the Bible to mean that humans were in charge of the earth and the things that dwelled on the earth.  When Big Mama heard about the scarcity of Mama’s okra crop, Big Mama marched out of the house and into the backyard.  On her way to the garden, she broke a switch off of one of the trees and proceeded to spank the okra.  As she whooped it, she chastised it and told it to grow.  Initially, there was shock.  Then, there was robust laughter.  That story made all of us laugh in the salon yesterday and I giggle every time I think about Big Mama in her ankle length dress with her crucifix hanging from her neck giving the gospel to the okra.

I loved Big Mama.  She called me “Tim” instead of “Kim” my whole life.  I have no idea why she never pronounced my name correctly.  I always answered to “Tim” and I never challenged her on the pronunciation of my name.  Big Mama had the belief that once “You put teen on their age they think they grown.”  As a result, I didn’t get a birthday present from her after I turned thirteen.  Big Mama fascinated me because she didn’t complete grade school, but she could read the Bible and count money.  She had a gift of healing and her instincts about people were generally on point.  She told me when I was about twelve or thirteen that I would do something special.  I often wonder if I have done that “special” something yet.  I wish that I had been mature enough to sit with her more often and for longer periods of time to listen to her talk about natural cures for all sorts of illnesses, and to hear her talk about how she seasoned the food she cooked, and to hear her laugh with her whole body when she recounted funny stories about other people she knew.  Big Mama always told me that I was smart and she made believe that I was teaching her how to compute simple math equations.  One of my takeaways from my time with Big Mama was to be respectful to God and to my elders.  Big Mama also taught me to be true to what I believed in and to share my faith with others through prayer and giving.  Big Mama taught me to encourage young people to believe in themselves and to believe in the power of the village.  I hope that we can all walk in the legacy of my Big Mama and bless people with transparency, humor, and compassionate hearts.